The court first reviewed the city’s challenge to International Outdoor’s standing, which asserted that International Outdoor failed to plead redressability.  In a short response, the court held that, because the challenge was a facial challenge to the entire sign ordinance, if the court were to strike down the entire ordinance, the plaintiff’s injury would be redressed.…
END_OF_DOCUMENT_TOKEN_TO_BE_REPLACED

Last week, the federal Ninth Circuit Court of Appeals ruled that a tattoo shop owner had standing to challenge Long Beach, California’s zoning regulations.  The regulations had the effect of precluding the owner from operating his business in Long Beach.

James Real, who owns a tattoo parlor in Huntington Beach, California, sought to open a tattoo parlor in Long Beach.  Long Beach’s zoning regulations do not allow tattoo parlors in most zoning districts in the city; require a conditional use permit for operation of a tattoo parlor; may not be located less than 1,000 feet from another tattoo shop, adult entertainment use, arcade, or tavern; and tattoo parlors’ business hours are strictly limited.  Real sought approval from the city to locate in one of three locations, but the city responded by informing Real that none of the locations allowed for a tattoo parlor.

Real filed suit under the First Amendment, alleging that his tattooing was First Amendment-protected activity, and that the city’s zoning regulations were not proper time, place, and manner regulations and constituted an unconstitutional prior restraint.  The district court held that Real did not have standing to challenge the zoning regulations because he had failed to apply for a conditional use permit.…
END_OF_DOCUMENT_TOKEN_TO_BE_REPLACED The Plaintiffs claimed that the Town’s limitation on electronic signs in all zones but the commercial zone, and the Town’s denial of the Church’s sign application violated its rights to Free Speech, Free Exercise of Religion, and Equal Protection, as well as RLUIPA’s substantial burden and equal terms provisions.…
END_OF_DOCUMENT_TOKEN_TO_BE_REPLACED

Earlier this month, the First Circuit Court of Appeals held that a group of abortion protesters did not have standing to challenge a New Hampshire buffer zone law.  The First Circuit’s decision affirmed a decision by the federal district court, which we reported on last summer.

The law in question prohibited protesters from entering…

Last month, a federal court held that a billboard company’s motion to revise the court’s earlier denial of summary judgment to a Pennsylvania township’s sign regulations was not ripe.

Before 2012, the City of Milwaukee, Wisconsin required strip clubs to obtain one of three business licenses: if the club included both alcohol and nudity, the club would require both a liquor license and a “tavern-amusement license”; a dry strip club required either a “theater license” or a “public-entertainment club license.”…
END_OF_DOCUMENT_TOKEN_TO_BE_REPLACED

Last week, in a case we previously covered here, a federal district court in Colorado considered whether plaintiffs have standing to seek permanent injunctive relief when the defendant has stipulated that it has no intention of enforcing a restriction on expressive conduct.

In Verlo v. City and County of Denver, plaintiffs desired to distribute leaflets regarding jury nullification in the plaza outside of Denver’s Lindsey-Flanigan Courthouse.  However, the Colorado Second Judicial District, which operates in the courthouse, issued an order essentially prohibiting all expressive activities in the courthouse plaza.  The City and County of Denver, the entity responsible for enforcing the order, stipulated that it would not do so.  Furthermore, the city stipulated that it would not interfere with plaintiffs’ peaceful distribution of leaflets in the plaza.  Notwithstanding the stipulation, plaintiffs sued the city and the Colorado Second Judicial District, claiming that the order was an unconstitutional restriction on their First Amendment rights.  In an earlier decision, the federal district court granted plaintiffs’ motion for preliminary injunction, barring enforcement of the order.…
END_OF_DOCUMENT_TOKEN_TO_BE_REPLACED

Last week, a federal district court judge in New Hampshire ruled that a group of protesters lacked standing to challenge a state law prohibiting them from entering within a 25-foot radius of the entrance to an abortion clinic. The law, which was similar to a Massachusetts law that the U.S. Supreme Court struck down in 2014, stated that “[n]o person shall knowingly enter or remain on a public way or sidewalk adjacent to a reproductive health care facility within a radius up to 25 feet of any portion of an entrance, exit, or driveway of a reproductive health care facility.”  The law also required clinics to “clearly demarcate” the buffer zone.…
END_OF_DOCUMENT_TOKEN_TO_BE_REPLACED 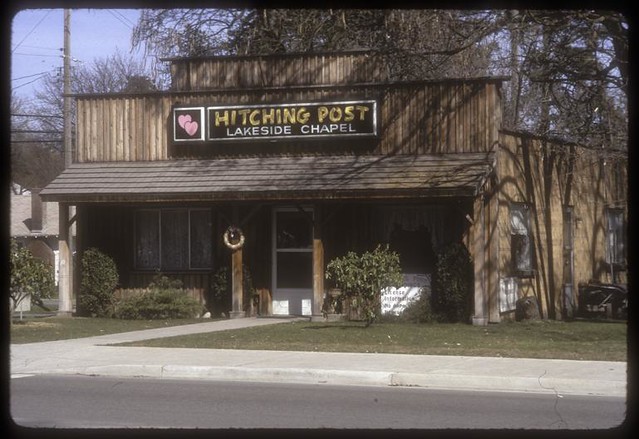 In an opinion issued last week, a federal district court in Idaho found that a wedding services business, Hitching Post, which refused to officiate same-sex marriages on religious grounds, did not have standing to challenge an ordinance that prohibited discrimination on the basis of sexual orientation.…
END_OF_DOCUMENT_TOKEN_TO_BE_REPLACED

In a recent case involving the State of Virginia’s authority to regulate the placement of informational brochures in its welcome centers and rest areas, an advertiser brought suit.…
END_OF_DOCUMENT_TOKEN_TO_BE_REPLACED